Overview of the market in the past week

7 out of 10 coins with highest marketcap is growing, the most prominent being LUNA with 5.35%. In addition, the highest growth in the market belonged to Audius with 45.32%.

In particular, ApeCoin, after a period of being pushed up by FOMO investors, encountered correction pressure and took profit with a decrease of 12% compared to yesterday.

TVL analysis across the market

In detail, AAVE is still the project owning the largest volume of TVL, about 20.4 billion USD, accounting for 7.86% of the whole market. However, Anchor Protocol and Lido DAO are the two projects with the most impressive TVL growth in the last month with an increase of 66.04% and 72.31%, respectively.

According to statistics from on-chain data, 82% of all Bitcoins held by short-term investors (2.51 million BTC) are currently at a loss. Meanwhile on the opposite side, the number of investors choosing Bitcoin as a long-term asset has just hit an all-time high.

As demand for short-term holdings weakens, Bitcoin HODL for the long-term remains the preferred strategy as the amount of new BTC produced becomes increasingly scarce. Long-term investors are increasing their balance by 7.6 times the amount of Bitcoins mined. This represents an investor’s long-term vision of the future value of Bitcoin.

This week also saw a significant increase in the long-term Bitcoin trading volume. BTC coins older than 6 months accounted for 5% of total trading volume this week, which is a notable increase in recent months. This may stem from the cause of geopolitical conflicts around the world as well as the reluctance from investors when the Fed begins the process of raising interest rates to control inflation.

The chart below shows the holdings of short-term investors who have just held BTC for the past 155 days. This is the group of people that are expected to panic sell in the face of any major market volatility, especially in areas of investor shedding typically seen in Bitcoin.

It can be seen that the amount of assets held by short-term investors is decreasing. This can only happen when the majority of BTC is inactive and exceeds the 155-day threshold to become long-term BTC. Historically, this has often happened when the market is at the end of a bearish phase as buyers patiently withdraw more money to hold in cold wallets.
The HODL Wave Index also shows that BTC coins under 6 months old are at an all-time low, accounting for 24.53% of the total circulating supply, meaning that 75.47% of the supply has been idle for more than 6 months.
This once again shows that long-term holding is the main trend of investors despite the macro risks still covering the entire global financial market.

Investors’ hesitation stemming from geopolitical instability as well as macroeconomic issues has weakened short-term cumulative trends since the beginning of the year.

With over 2.51 million BTC held by short-term investors experiencing temporary losses, there is still the risk of a widespread sell-off. That will be the time when big investors start an accumulation phase of speculation, preparing for a new growth cycle.

At the moment, HODL will still be the dominant strategy for investor behavior and the long-term accumulation trend is still moving on the right track. 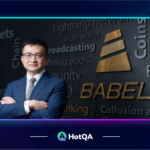