With the mass Crypto adoption in recent years, there have been a huge number of events organized every month. Among those, TOKEN2049 is widely recognised as one of the most historical and biggest events.

The flagship cryptocurrency conference, TOKEN2049, is held yearly in London and Singapore and is attended by the founders and executives of the top Web3 firms. TOKEN2049 shed light on global trends while adopting a distinctive and expansive viewpoint on the ecosystem and its vast potential.

The event, which will take place on September 28 and 29, will feature a distinguished lineup of speakers and an amazing lineup of side events.

Named “AFTER 2049,” it will be located at CÉ LA VI, one of Singapore’s most recognizable nightlife establishments, as well as the renowned observation deck that provides unmatched, uninterrupted views of the city.

“AFTER 2049 is our way of saying thank you to the community, partners, and speakers who have been with us since the beginning. We’re excited to present some of the region’s up-and-coming artists with some of the greatest names in electronic music.”

The much awaited event is set to happen at the end of this month, and is expected to have more than 3000 attendees from across the globe and it will be held at Singapore’s most iconic hotel, Marina Bay Sands.

Token 2049 is sponsored by 200 different tier 1 firms in the crypto industry. These include Crypto.com, FTX, Tron, Circle, Ledger, Nansen and Coinhako.

A notable addition to the title sponsor list is South Korean game developer, WEMADE. WEMADE is the creator of leading MMORPG series Legend of Mir, which has over 120 million players worldwide.

The event is also have full support from the top-of-mind crypto media companies, to name a few, HotQA, Bloomberg, Forbes, Reuters, Coindesk, Coinmarketcap,… HotQA is honered to accompany the event preparation and will give the best for the success of the event.

Tickets for the event can be bought here.

We will stay up-to-date with the latest news from Token2049, let’s stay in touch. 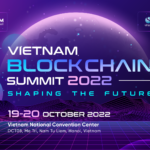