Almost all macro indicators for Bitcoin are at all-time lows, signaling potential floor formation. Many are even trading at levels with single-digit percentage points of prior history at similar levels. With numerous floor formation signals flashing, the question is, will this time be different?

After a volatile and challenging month in June, Bitcoin prices have started to consolidate around the last cycle $20k ATH level, giving investors a moment to pause and reflect. Prices did trade higher this week, coming off a low of $18,067, and rallying to a high of $21,783.

The digital assets market has recently experienced a widespread deleveraging event, which has driven many valuations to lows considered extreme, in both a historical and statistical context. In this piece, we will provide an assessment of whether a Bitcoin bear market floor is likely to form within the current price range. We will draw on both on-chain, technical, and cyclical metrics. We will also gauge whether there is an observable loss of investor conviction, especially related to Long-Term Holders.

Over the past decade, several models have been developed, from both technical and on-chain foundations, in an attempt to find the lows of Bitcoin bear markets. Here we will use the 2015, 2018 and March 2020 lows for comparison, and try to identify the confluence between models.

There are five models shown on the chart below, listed in order of highest to lowest:

The Accumulation Trend Score metric continues to return high values in excess of 0.9 throughout the month of June. This is being primarily driven by Whale (>10k BTC) and Shrimp (< 1BTC) entities adding meaningfully to their on-chain balance.

In the last five years, there are six periods with similar stretches, which fall into three categories:

The Reserve Risk metric has also plunged to all-time-lows. This metric is heavily weighed down when there is an excess of HODLing behavior, and coinday accumulation within the supply. This indicates that despite serious the downside price action of 2022, Bitcoin investors in aggregate remain generally steadfast in holding onto their coins (for better or worse).

Such deep lows on this metric are coincident only with the late 2015 bear, and the March 2020 flash crash events.

Have We Shaken HODLer Confidence?

Through the month of June, the Long-Term Holder (LTH) supply declined by around 181.8k BTC, taking the total balance back to Sept 2021 levels. However, this equates to just 7.16% of the supply that was added between March and October 2021. Should this metric fall further, it would signal further sell-side pressure and potential deterioration of LTH conviction. However, a stalling and even recovery would work strongly against that notion.

Within the current macroeconomic framework, all models and historical precedents are likely to be put to the test. Based on the current positioning of Bitcoin prices relative to historical floor models, the market is already at an extremely improbable level, with only 0.2% of trading days being in similar circumstances.

Long-Term Holders have experienced a long-overdue, but seemingly classic capitulation in June, driven mostly by 2020-21 cycle investors. Almost all macro indicators for Bitcoin, ranging from technical, to on-chain are at all-time lows, coincident with bear market floor formation in previous cycles. Many are trading at levels with just single-digit percentage points of prior history at similar levels. This aligns with the very large statistical deviations to the downside that we explored in our recent analysis piece.

With so many floor formation signals flashing, the question is, will this time be different? 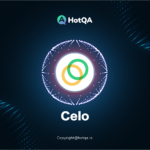 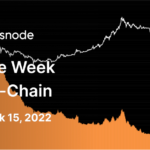 Weakness In The Recovery