What Is Octopus Network?

Octopus is a decentralized network based on the Near Protocol that allows Web 3.0 apps to operate on it utilizing Appchains (Substrate Modules or sub-blockchains). Appchain is an application deployed on the Web 3.0 platform, as a standalone chain.

At the same time, Octopus is a sidechain that provides infrastructure for appchains to build, such as Blockchain Explorer, API Gateway, and other tools, as well as assisting developers in taking control of their businesses. to be allowed to publish Appchains on their own These Appchains can choose how to pay for transaction fees, which can be in the form of a token or no fees at all and is not necessarily the Appchain’s native token.

Octopus Relay: Octopus Relay consists of a chain of smart contracts that help to securely and securely deploy services developed on Near Protocol.

AppChain: Appchains will benefit from near’s transaction speed and cost, which will result in lower fees and shorter transaction times, improving the user experience. Developers have the ability to construct, administrate, and alter the chain’s capabilities to meet the needs of dApps while maintaining the Near blockchain’s excellence.

Why Is Octopus Network Unique?

Cost-Effective: The Octopus Network reduces the cost of publishing appchains by millions of dollars and can host an unlimited number of appchains. (100X cheaper).

Its competitor – Polkadot – is expensive to bootstrap an appchain. A Polkadot parachain must afford the security cost of one shard, aka slot, of the whole network. While a parachain could host thousands of applications to share this cost, it does not make sense for an appchain to bear on itself, which is millions of dollars a year paid in DOT.

User-friendly, scalable, interoperable: with Octopus, each appchain can decide its own economic model, including how many tokens it’s willing to pay validators for security. Octopus token holders can decide which appchain they’d like to stake on, creating a market where appchains can lease the security they need, aka OCT tokens, at market price, providing better flexibility and scalability.

Collateral to guarantee appchain security: OCT holders stake OCT tokens to provide security to the appchains they are interested in and earn rewards in the respective appchains’ native tokens.

Staking $OCT also acts as a penalty mechanism for malicious behavior. Validators have to deposit OCT tokens which also act as collaterals. They would be penalized by having their OCTs slashed for any inactivity, dishonest validations, or any other malicious behaviors.

Governance: OCT holders are entitled to control the governance of the network through the Octopus DAO.

How To Buy OCT Token? 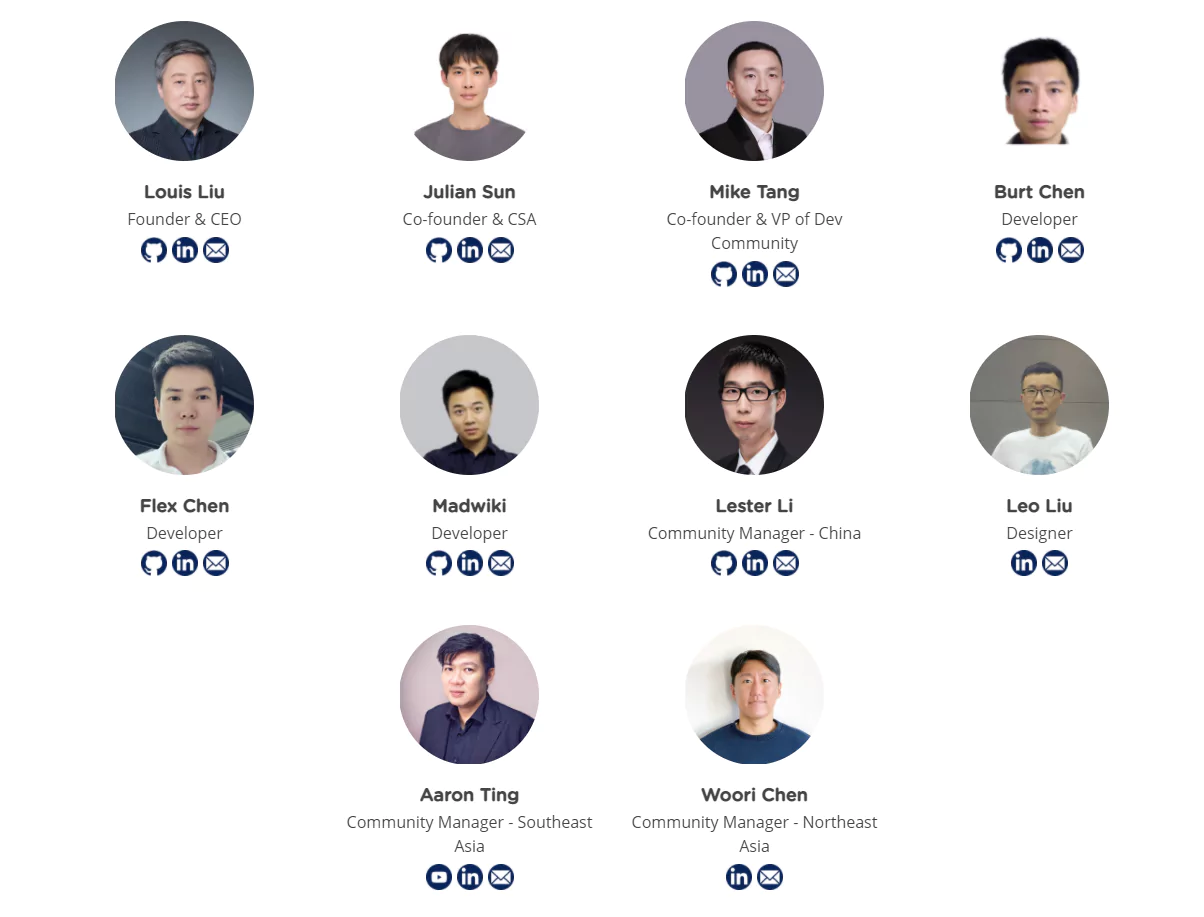 Octopus Network’s core teams are experts in the blockchain field.

Founder & CEO Louis Liu: He graduated with a master’s degree in Engineering Physics from Tsinghua University (ranked by U.S News & World Report as top 1 in Asia and top 26 globally for best universities).

Pengfei Chen: Previously, he worked as a marketing manager at Uber and as the CEO of Myspace, a social networking site with over 400 workers.

Sheldon Dear: As the Leader of the Tech team at Wipro a company with hundreds of employees as well as engineers and managers in many other large and small companies.

Octopus Network has partnered with leading funds and trading firms such as Near Protocol, GFS, Spark Digital Capital, etc.

Furthermore, the Octopus team is taking a break in Q1 to work on Fraud Proofs, EVM Appchain Template apps, and other features, and will resume work in the remaining quarters of 2022.

Octopus is a project with the potential to develop the future of web 3.0, especially if the project is successful with its vision, it can completely compete with big players like Ethereum, Polkadot.

LEARN-TO-EARN (L2E): THE NEXT MASSIVE WAVE IN EARNING CRYPTO