Why is Blockchain so popular? Why Blockchain is widely applied in many fields, especially in the field of cryptocurrency? HotQA will help you quickly understand Blockchain through the most basic and understandable terms. Let’s start!

Blockchain is a system of recording information in a way that makes it difficult or impossible to change, hack, or cheat the system. A blockchain is essentially a digital ledger of transactions that is duplicated and distributed across the entire network of computer systems on the blockchain

Or you can also understand, blockchain is like a public accounting ledger, in which, all information is stored and transmitted transparently, completely, cannot be changed or cheated. This is a new technology, which greatly improves the limitations of the traditional way of storing and exchanging information. Therefore, blockchain is increasingly being applied in many fields: economic and financial, education, agriculture, industry, entertainment, health or education.

In order to understand the details of how they work, we need to learn the concepts in turn.

The data information will be stored in blocks. Except for the first block (Genesis block), each block will have a structure of data, Hash code and Hash code of the previous block to mark. Once a block of data is encrypted, it is nearly impossible to change the information in the block. This is one of the things that makes this technology different.

The blocks are linked together, you can imagine a model of a train with numbered carriages connected together.

Once you understand data structures, the next concept you need to know is Node.

Node is considered as a device on the Blockchain network. Node is the foundation that allows Blockchain technology to work and exist. Nodes are distributed in a large network and perform many different tasks.

A node can be any device (computer, phone, printer, etc.), provided they are connected to the internet and have an IP address. Simply speaking, a Node is a point where a message will be created, received or transmitted. All nodes on the blockchain are connected to each other and constantly exchange information so that the nodes are quickly updated.

Nodes will perform cryptographic operations and store data blocks, so what motivates members of the Blockchain network to participate in the operation of Nodes?

The answer is the reward from closing data blocks. With the PoW consensus mechanism used for Bitcoin and some coins, when the Nodes solve the math and find the appropriate Hash to close the block, a reward of money will be given to that person. We often see “Bitcoin mining farms” operating with many computers running continuously with the goal of receiving rewards. The miners themselves also contribute to the operation of the system.

There is another mechanism used quite a lot today is POS (Proof of Stake), you can learn about PoS through the article:

What Is Staking in Crypto? A Beginner’s Guide to Staking Crypto

As you can see, by virtue of the decentralized Node network as well as the operating mechanisms, Blockchain offers a lot of potential for practical applications.

This is the most common alternative to PoW. Ethereum has shifted from PoW to PoS consensus. In this type of consensus algorithm, instead of investing in expensive hardware to solve a complex puzzle, validators invest in the coins of the system by locking up some of their coins as stake. After that, all the validators will start validating the blocks. Validators will validate blocks by placing a bet on it if they discover a block which they think can be added to the chain. Based on the actual blocks added in the Blockchain, all the validators get a reward proportionate to their bets and their stake increase accordingly. In the end, a validator is chosen to generate a new block based on their economic stake in the network. Thus, PoS encourages validators through an incentive mechanism to reach to an agreement.

That reputation-based consensus algorithm is Proof of Authority (PoA for short). Block verifiers will not be based on the number of coins they hold, but on their own reputation. So PoA Blockchains are secured by arbitrarily selected validating nodes as trusted entities. Typical projects using BFT algorithm such as: MakerDAO (xDAI), ZINC (ZINC), …

Advantages and disadvantages of Blockchain

Nobody would dispute the fact that Blockchain is a high potential investment opportunity as well as opening the door to other applications. These applications include: 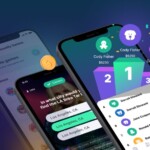 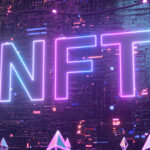