The music industry has undergone a massive transformation in recent years. We have seen the advent of the internet leave its mark on music, and most notably, 1999 spelled the coming of Napster. This then-revolutionary peer-to-peer online streaming service defined a whole generation and enabled musicians to share their creations with the world.

Streaming has become the dominant format for music today, through Apple, Amazon, Tencent Music and the clear category winner — Spotify. The goal of distribution services and platforms like Spotify is to enable and empower artists to create more without worrying about anything besides honing their craft.

Sure, the “transformation” of music in the past decades is evident, but it seems that someone got left behind. And the saddest thing is that those who got left behind are the very artists that make us all get goosebumps, make our feet move and bring the widest of smiles on our faces.

The economics of streaming are tough. Platforms like Spotify operate under a business model where the platform operator takes a cut for each stream. That makes sense as Spotify offers better-than-nothing distribution, but there is still a huge problem. Ultimately, it is roughly 70% that ends up with the music rights holders, and the discovery feature tends to put lesser-known artists at a disadvantage vis-a-vis the household names. The result is a top-heavy distribution funnel benefitting the already-made-it musicians.

It isn’t yesterday’s news that music is still a rather damp and dark place for most artists trying to win bread by creating and doing the above. The industry is still plagued by revenue-hogging intermediaries seeking to undercut those who matter most. If you aren’t like the Taylor Swifts, Billie Eilishes and Justin Biebers of the world, you are likely struggling to make ends meet. And even if you are like them, you are probably not getting your due either. On the bright side… change is coming.

Nonfungible tokens (NFTs) and the underlying technology are introducing a whole new ball game and a level-playing field that will enable and empower artists. What NFTs do is unlock value by making digital scarcity real and assetized. At the same time, they allow musicians, designers and everyone in between to exercise control over their work, effectively making them masters of distribution.

Do you remember the first NFT you bought? And do you also remember the feeling after you bought it? Felt quite remarkable, didn’t it? That’s another thing about digital collectibles — owning them, stacking them, is simply intoxicating.

Now, imagine if you could support your favorite artist and get your hands on their latest hit directly from them and get the “NFT kick” out of it too. Say you want to attend a festival filled with all your favorite DJs — wouldn’t it be an absolute delight to be able to get your ticket straight from the source? And how rad would it be to also get a unique, customized and one-of-a-kind proof of attendance with your very own name in there? Now we’re talking.

Alright, that’s all cool and soon to be ubiquitous, but what’s the deal with streaming platforms like Spotify? Great question. Most certainly mean well (at least so we hope) and have moved the needle in the right direction. However, that’s not quite enough in a world littered with arbitrary numbers and standardized screens.

Digital scarcity is necessary to create a unique user experience and enable fans to form longer-lasting and more profound connections with their favorite artists.

As it stands, there is nothing truly unique about music on Spotify — tracks don’t come in limited editions, music connoisseurs are not able to get their hands on rare album releases, and Spotify lacks a scarcity system. Think about it — if you are a diehard fan of the Canadian DJ and producer Deadmau5, you would probably want to own the #1 release of a given track or an album. Or then the #10 release, or #50 — something with a higher intrinsic value that showcases your love for a given artist. Why doesn’t that exist?

Such a “tiered” system of releasing music would undoubtedly benefit the artist since limited and early editions imply higher value. At the same time, it also enables fans to grow together with the artist. Take that #1 release of a Deadmau5 track you own as an example. The moment the track makes it into, say, the Weekly Top 10, others will see your name right next to it — that way, fans can get a slice of the “fame” pie.

At some point and for whatever reason, it might make sense for a fan to sell that #1 release NFT. Care to guess who would get a cut of that sale? Correct — the artist.

Direct one-on-one interaction, a margin of clout for the fans, an enhanced sense of belonging, and deeper connections — that’s one reason, or three reasons rather, why NFTs are en route to causing a fair share of trembling at the next Spotify shareholder meeting. The other? Enabling and empowering artists and putting them back in the driver’s seat.

A new era in the designer economy

You see, music streaming platforms have taken value away from musicians by standardizing everything, and the digitization of the past few decades has largely created an environment that limits artist control over distribution. With NFTs, that control is now there again – you can schedule and track anything and do whatever you want with your music if its first broadcast around the world uses NFT technology.

Oh, and you can now also give your fans a piece of the pie by introducing other creative twists such as revenue-sharing. The more popular the artist, the happier the fan — everybody wins. Couple that with the ideas outlined above, and we’ve got ourselves a recipe for success. Who would have thought that’s possible?

We are entering a new era of the creator economy, and NFTs are the next logical step in enabling and empowering artists even more. It is high time to reintroduce scarcity in an industry predicated on uniqueness and vacate the driver’s seat for those best-suited to take on the road ahead.

Move aside Spotify; NFTs are coming. 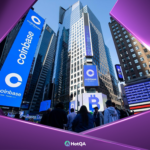 December 2, 2022
LEARN-TO-EARN (L2E): THE NEXT MASSIVE WAVE IN EARNING CRYPTO

LEARN-TO-EARN (L2E): THE NEXT MASSIVE WAVE IN EARNING CRYPTO